I am invisible! Theatre with English subtitles 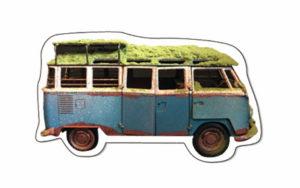 ON THE 3rd AND 5th OF APRIL, WATCHI AM INVISIBLE ! – based on William Shakespeare’s A MIDSUMMER’S NIGHT DREAM at the Theatre de Carouge – in French, with English subtitles.

Directed by Dan Jemmet, the show is in French (from 26 March till 14 April) but will be shown with English subtitles on Ipads for English Speakers on the 3rd and 5th of April.

TOP TIP: We have recently tested the Ipads at Theatre de Carouge and were very pleasantly surprised – it was easy to follow the performance and the translations, while not 100% accurate, were good enough to enjoy the show!  We can recommend this theatre experience!

The temporary theatre has a great bar area and over 500 seats. A very pleasant night out.

Dan Jemmett says of this production.

I always wanted to direct Shakespeare’s ‘A Midsummer’s Night’s Dream’, or at least some sort of version of the play. And so I have waited patiently over the years for the right inspiration to come along, an inspiration that might show me the way towards a start- ing point or perhaps open a door for me into a moon-lit, enchanted forest at midnight.

First of all, this line form the play came to me: ‘I am invisible’; spoken by Oberon to the public when he wants to hide himself from view in order to better observe the carryings on of the lovers. This simple phrase for me evokes a very important aspect of Shakespeare’s theatre world. His theatre here is playful, childish even, and one which proposes the active, imaginative participation of the audience in the creation with the actors of the reality we are being asked to believe in…

How dull, austere and distant Athens appears, seen from the kingdom of Oberon, king of the fairies. A wild goose chase takes place in an enchanted forest in the dead of night: couples are made and unmade through misunderstanding and malice, while a troupe of amateur actors rehearses an unlikely, chaotic but hilarious version of Pyramus and Thisbe. Can the sprite named Puck make love win out in the end?

Dan Jemmett is an English director who lives in France and runs his own production company Les Monstres de Luxe.

For tickets contact info@tcag.ch or visit their ticket office