THE GOOD, THE BAD AND THE QUEEN – LIVE IN GENEVA

Music
the bad and queen Geneva The good 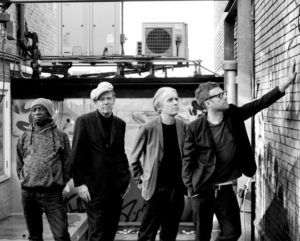 WIN 2 TICKETS to attend The Good, The Bad & The Queen concert in GENEVA on Monday, July 22nd at the Victoria Hall.

ON THE 22nd JULY – British alternative rock super group will perform in Geneva at the Victoria Hall – the only Swiss stop on their tour.

They began life as the acclaimed 2007 album of the same name, a heartfelt tribute to London described by The Observer in a 5-star review as –“One of the most surprising and magical records for which Damon Albarn has ever been responsible”. The record traced a journey from the English music hall tradition to West Africa and Afrobeat, zigzagging through the West Indies and its reggae and dub, back to England and London’s punk scene, all the while taking in a strand of British beat music from the ’50s right through to Britpop. The result was a record specific to a place and mood but with a background that was geographically wide-ranging.

On the 16th November 2018, the group released its second album Merrie Land, which is produced by Tony Visconti, the man behind David Bowie’s final masterpiece Blackstar.

BOREALIS IN GENEVA ON FRIDAY